WILDLIFE WARRIORS, DO YOU STAND FOR #JUSTICE4WILDLIFE?

The Global March for Elephants Rhino & Lion’s took place on the 7th October.  The purpose of the March is to generate global awareness of the poaching crisis threatening the existence of elephants and rhino, and to stop the trafficking of ivory, rhino horn and wildlife trophies.  It is an occasion for all those against the killing of wildlife to come together and stand as one, united in the mission to gain justice for these vulnerable species

(Featured photo: Save the Elephants team (with extras) at the KWS HQ at the end of the march. Photo: Naiya Raja) 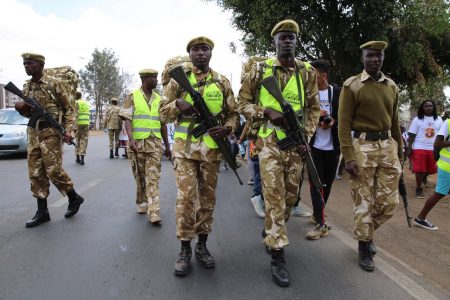 The march happens in locations all over the world, and is an opportunity for us to raise the voice for wildlife in the streets. The Nairobi March, sponsored by United for Wildlife #justice4wildlife, started at 8am at the National Museum, where the crowds congregated and we joined in doing some customary stretches to familiarise us to one another and prepare us for the walk ahead. The March involved a 10.5K walk from the National Museums of Kenya, Waiyaki Way and ending up at the renowned Kenya Wildlife Service Headquarters on Langata Road. 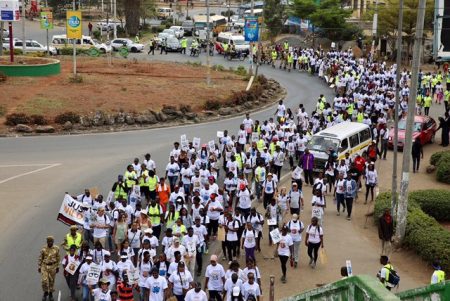 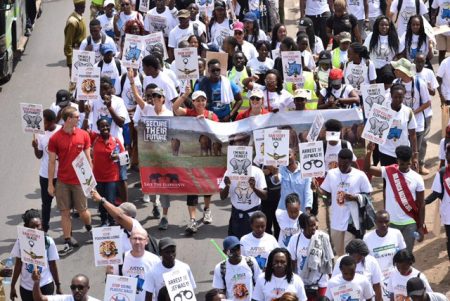 Non-Governmental Organisations, government officials, students, families and general Nairobarians alike, took to the chaotic streets of Nairobi and paraded through town in unison. Dressed accordingly and demonstrating, the streets were flamboyant with the band music, chanting and protesting signs. Save the Elephants (STE) were well represented and stood out by wearing red in the sea of white #justice4wildlife tees. STE made up of the Nairobi office and our Elephants and Bees team proudly exhibited our banners and waved our flags, collecting people along the way to help us stand out and spread awareness across the city. On the same day, STE also orchestrated a March for elephants, rhino and lions in Samburu. Our vast field team, local stakeholders and of course the Samburu people, joined together and walked from Kalama Conservancy to Archers Post, protesting against the extinction of the surrounding wildlife. 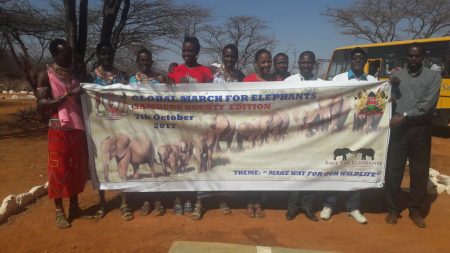 Save The Elephants (Photo: Lucy King)

The March is a call to action for governments, civil society, NGOs and grassroots communities, the press and all stakeholders to collaborate their energy, skills and power into ensuring a brighter future for wildlife. The extensive crowd that was gathered at the March, all of whom were bursting with determination as well as knowing there were thousands of people across the world walking together in unanimity reveals a glimmer of hope for the future of our elephants, rhino and lion. 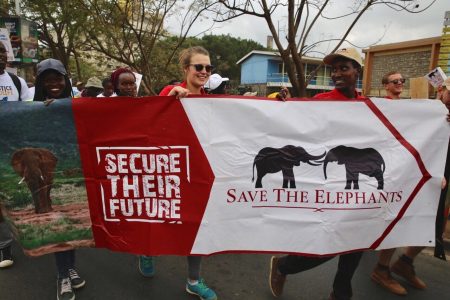