Indigenous knowledge has been utilized across generations through story telling that include folk roles and myths. The insights shared have been vital in bringing transformation of perspectives among communities. As a result, societies across have been willing to appreciate both nature and endowed heritage therefore safeguarding the future of environment and wildlife. In turn, benefits have been realized in agriculture, health, and other socio-economic livelihood activities that sustain societies and their environment. 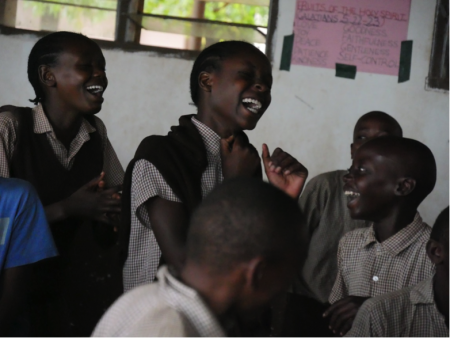 Laughter all over as everyone enjoys environmental education games, photo Madi Schan

However, the modern day Africa is undergoing rapid urbanization brought in by globalization and technological advancement eventually leading to quick erosion of the very knowledge that has been connecting people with nature. Consequently, this negative shift has contributed towards collapse of ecosystems, wanton degradation of natural resources leading to diminishing natural resilience. Wildlife and environmental education should, thus, be prioritized in the region. 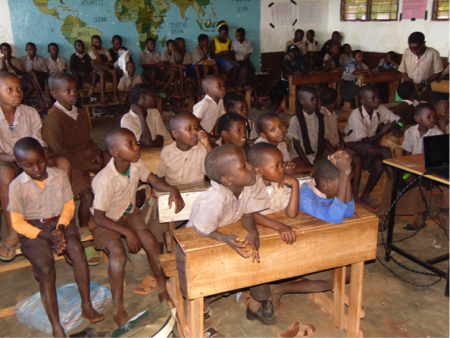 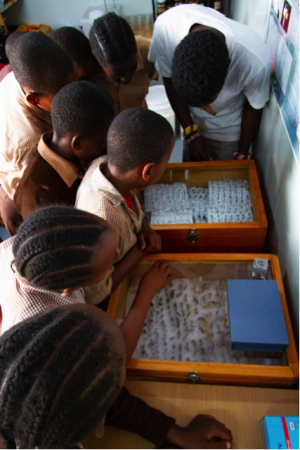 Students in urban settings tend to lack the connection to the natural environment/heritage thus possessing limited knowledge and awareness. Their rural colleagues though are used to living near or in the natural world tend to develop negative perceptions to wildlife especially where there are numerous cases of conflicts and overexploitation of resources. In this light, wildlife populations and habitats continue shrinking, due to the ever increasing human footprint. 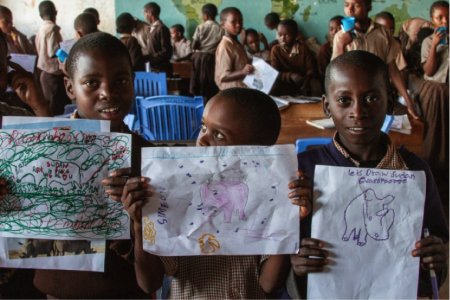 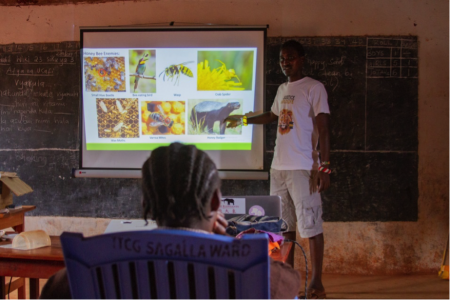 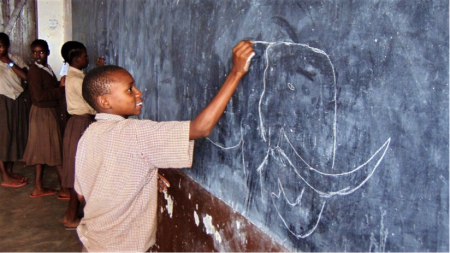 An elephant on the board, a day before the trip Saidi wants to see some Ellies. Photo: Lemayian Kennedy

The seeds of tomorrow are nurtured in the fruits of today. Fed with positive attitudes and knowledge, the specific lessons attained remain vivid in their young memories even as they grow into adults. By this, we all shall make true conduits of awareness, champions of conservation and real custodians of the very wildlife they share the landscape with.

Save the Elephants: Elephants and Bees Project based next to Tsavo National Park has enjoyed a cordial partnership with Kileva Primary School, our nearest neighbour. The Education Program runs throughout the entire school period, across the three terms when the schools are open in Kenya. In 2017 we conducted a short survey using five lessons from our curriculum, to assess the level of awareness, perceptions and existing values towards elephants among students.  Between the pre-surveys and post surveys, 11% positive change in student’s responses was noted, which is a significant positive shift in existing values.

A more recent survey after our field excursion in Tsavo East National Park revealed more positive change. An 11% positive shift in attitude, 30% in behaviour and 31% change in knowledge within a period of almost a year.  The trip made significant impact among the pupils especially, in influencing behaviour and positive attitude shifts. The pupils interacted closely with elephants portraying their natural ways of lives in their natural environment under the comfort of game vehicles. Most of them experience elephants in bad light when crop raiding their farms. Again, they are delayed by the elephants blocking roads which make it difficult for pupils to access school. These are students experiencing first hand conflict and yet positive change is evident. This keeps me wondering, is conservation education and awareness creation the solution to most problems we are facing in modern day Africa?

This evidently, illustrates how far purposeful engagement of young minds through conservation education and awareness can impact on societies living in conflict zones to help them embrace wildlife. Eventually, such communities embrace the duty to protect wildlife. Being young and with pristine minds, children are agents of transformation across landscapes and Save the Elephants: Elephants and Bess Project endeavours to tap the potential of such youngsters, to drive awareness a notch higher more so in communities within the Tsavo ecosystem and across horizons. Largely helping Secure a Future for Elephants especially for the Tsavo Jumbos! 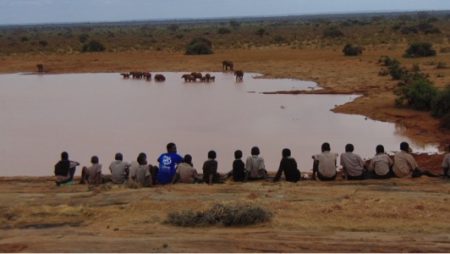 Keen students observing different elephant behaviours on a field trip to Tsavo East NP funded by our grant from the Disney Conservation Fund. Mudanda Rock is a favourite spot for lunch and being able to watch wildlife outside of the game vehicle!